When people think of African wildlife, the first term that comes to a lot of peoples’ minds (and therefore what they want to see most on safari) are the “Big Five”: elephant, rhino, lion, leopard and buffalo.

What many people don’t know is that the phrase comes from an old hunting term, which lists the five most difficult and dangerous animals to hunt on foot. Since trophy hunting was banned in Kenya in 1977, it turned into a list of species to ‘tick off’ on game drives.

While Loisaba is currently home to four out of the five, with an ambition to add the eastern black rhino to the list, several other wildlife species can also be found here – many of which can only be seen in areas such as Northern Kenya…

Found here in northern Kenya, these unusual antelopes are easily distinguishable by their extremely long necks – the name ‘Gerenuk’ comes from the Somali word ‘garanuug’, meaning “giraffe-necked”. They are extremely well adapted to the dry areas of the horn of Africa, due to the fact that they get the moisture they need to survive from the plants they eat – meaning they can go their entire lives without having to drink water!

Once found across Somalia, Ethiopia, Eritrea, Djibouti and Kenya, Grevy’s zebras have undergone one of the most substantial reductions of range of any African mammal – now only found in parts of southern Ethiopia and northern Kenya. Their population has reduced from around 6,000 in the 1980’s to an estimated 2,800 today.

As well as habitat loss and competition for grazing resources, Grevy’s have also been hunted for their striking skins. They are much larger than the Burchell’s zebra, with narrower stripes and huge rounded ears.

Photo: Down to Earth Films

The reticulated giraffe is listed as endangered by the IUCN, primarily due to habitat loss. This species can only be found in Somalia, southern Ethiopia and northern Kenya.

Loisaba has partnered with San Diego Zoo Global on their “Twiga Walinzi” (giraffe guards) initiative in order to help save this species from extinction.

The name ‘oryx’ is from the Greek word for pickax, an appropriate name for these striking ungulates. The myth of the one-horned unicorn may be based on oryx that have lost one horn. Aristotle and Pliny the Elder held that the oryx was the unicorn’s “prototype”. From certain angles, the oryx may seem to have one horn rather than two, and given that its horns are made from hollow bone that cannot be regrown, if an oryx were to lose one of its horns, for the rest of its life, it would have only one.

Also known as the Kenya Highland hartebeest, this antelope is considered to be a cross between the Coke’s and endangered Lelwel hartebeest. They are darker in colour and larger than the Coke’s species, with longer heavier horns than both ‘parent’ species. Formally distributed throughout Kenya’s highlands between Lake Victoria and Mount Kenya, they are now believed to be restricted to fragmented areas in Laikipia and nearby regions.

Earlier this year, an aerial census was carried out across Loisaba Conservancy and Mugie Conservancy to estimate wildlife populations, and to form a basis for population trends in order to influence wildlife management.

Transects were flown using Loisaba’s Piper Super-Cub aircraft, and any wildlife that was present within the aircraft mounted guide wires was counted.

A total area of 424km2 was covered over a total flight time of 8 hours. At Loisaba (230km2), a total of 2,341 individual animals were counted, with a species density of 10 individuals per km2.

The number of individual species of key herbivores counted are shown below: 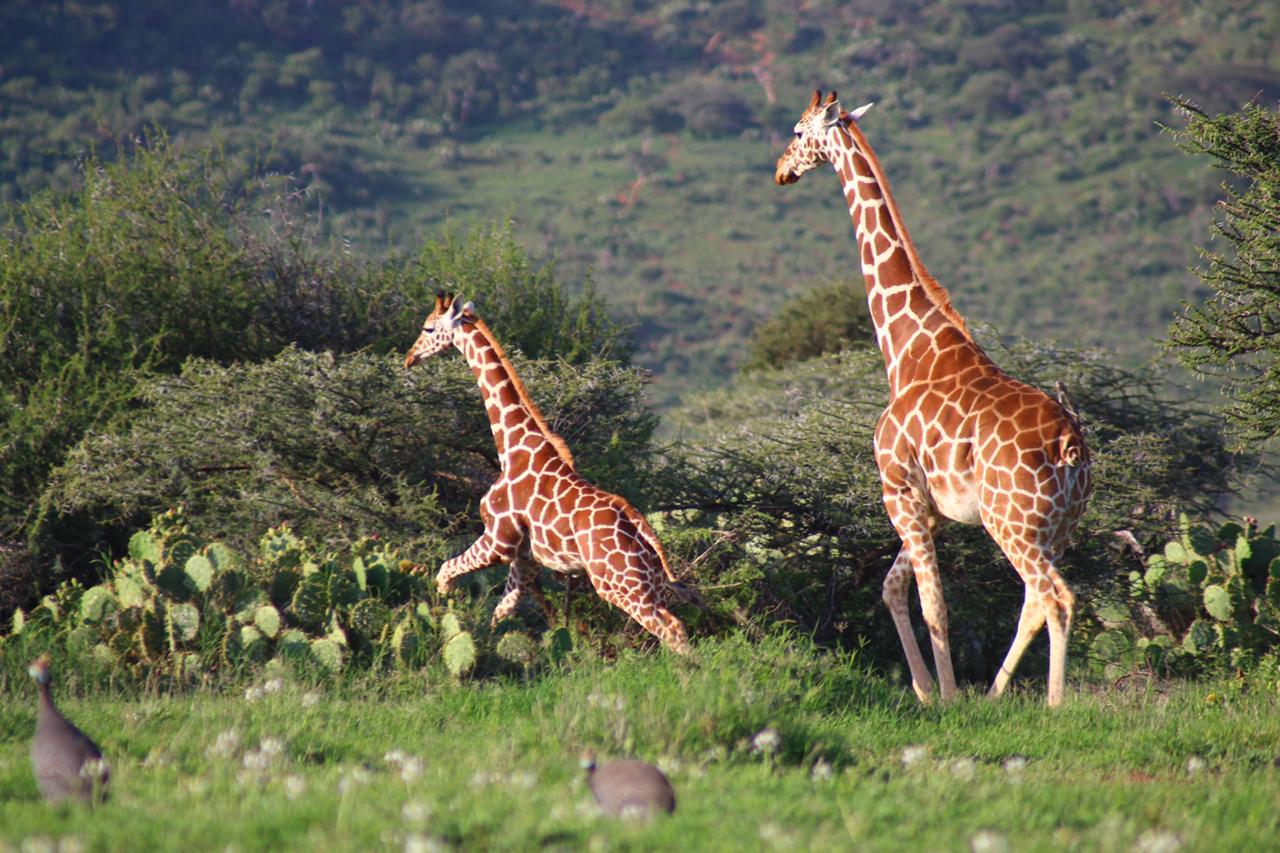 Hartebeest: 28 individuals – a density of 0.12 per km2 (photo Hannah Campbell)

In addition to the pictured herbivore species, five lions were counted along the transects. The on-going lion census activity has so far identified 36 individual lions at Loisaba Conservancy, which equals to one lion per 6.4km2! 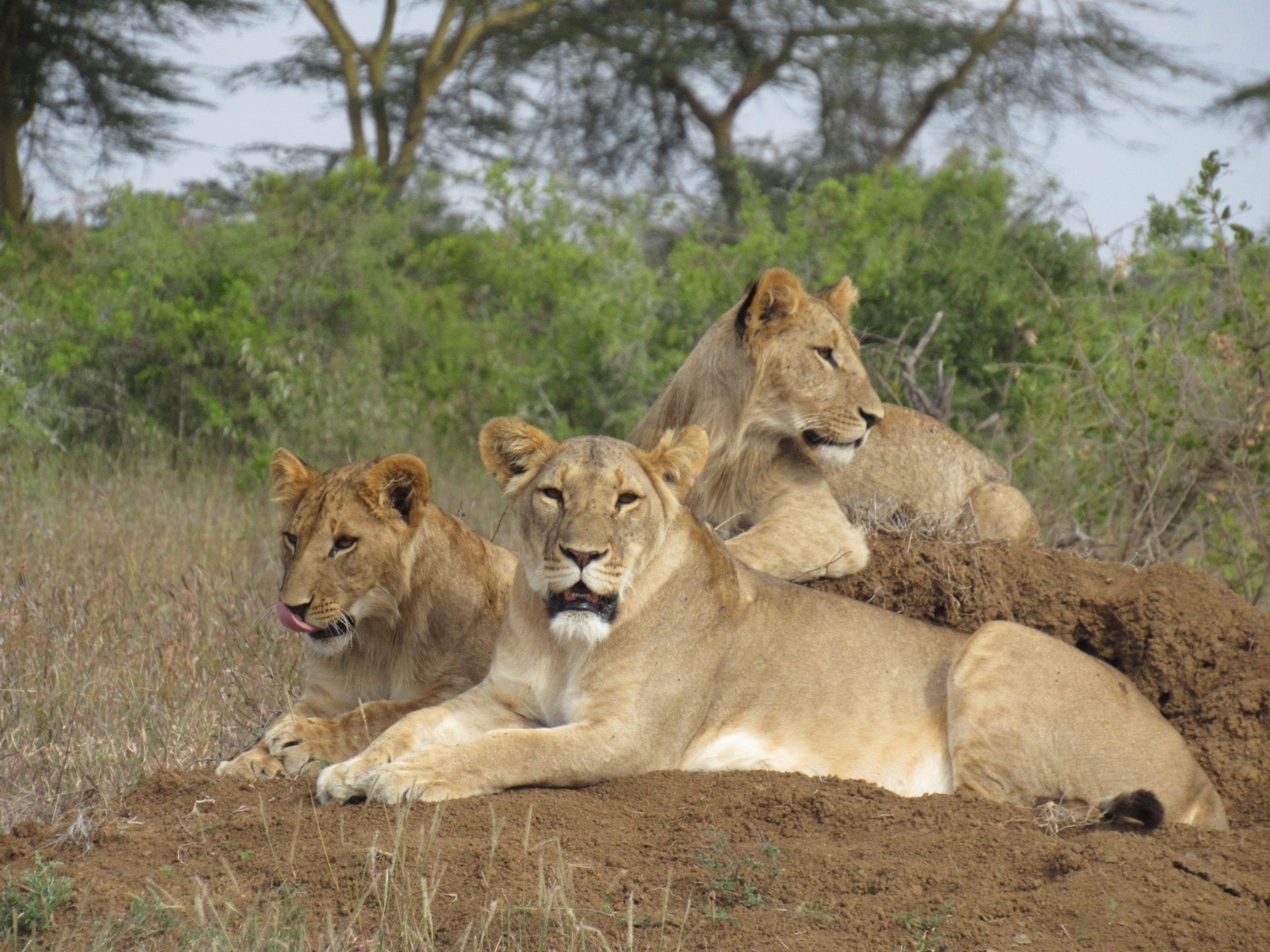